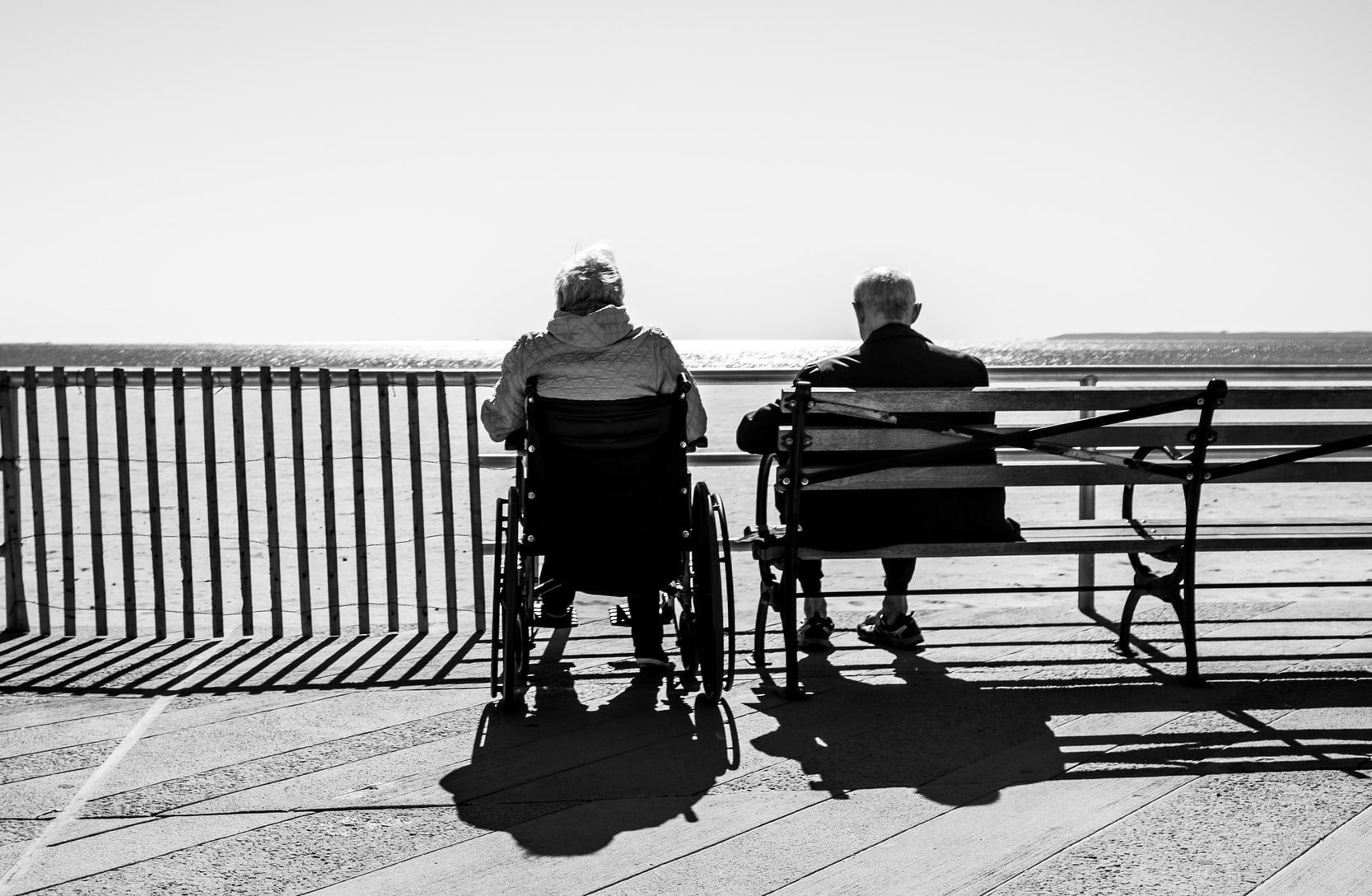 I have talked with many foreign people who have visited Japan. Most of them say Japan is a wonderful country, and some of them even think of Japan as a land of dreams. Of course, they might not tell me negative things straightforwardly because I’m Japanese, instead, they might refrain from mentioning bad points about Japan. However, even thinking about it, some of them really think Japan is a fantastic country from what I’ve heard.

I want to let you know beforehand that I love Japan and I’m proud of this country. I think Japanese food is the best in the world, and there are a lot of other good things that Japan can boast about to the world. But Japan has many social problems like other countries.

The serious problems in Japan are as follows:

First, super-aging society and low birth rate.  Figure 1 shows that the older population has been growing rapidly as the younger age population has been declining so far since1950, and it seems likely that it will continue to do so until 2055. So, the younger generation has to support the older, which means that working-age (15-64) people have to pay more taxes and social security expenses such as pensions for the 65 year old and older people. 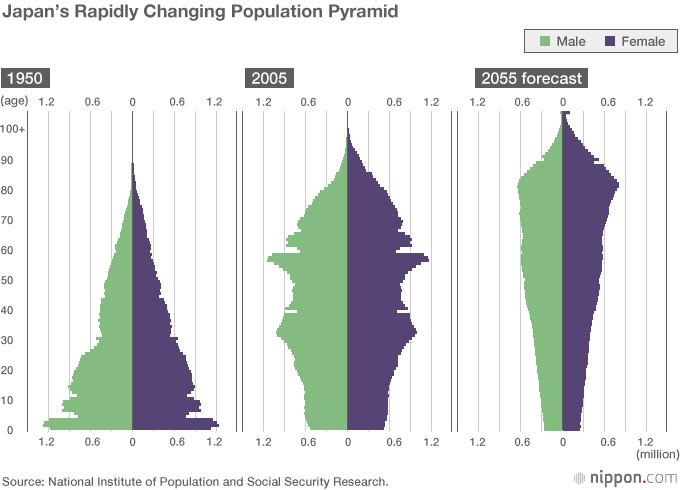 This unbalanced demographic pyramid contributes to Japan’s huge debt and deficit. The expenditure on social security programs, such as pensions, medical and long-term care is increasing, which causes an increase in Japan’s debt to make up for the deficit. It is said that the amount of Japanese national debt is the worst among the developed countries.

So, many young people lose hope for Japan’s future. They are spiritless and with few wants. On the other hand, death from overwork becomes a big problem in Japan. Traditionally, Japanese companies tend to make their employees work overtime. Many employees often feel stressed about the work style and their loyalty to the companies is low compared to other counties.

Moreover, Japan has other social problems such as discrimination against foreigners, racism, slow progress of internationalization, gender gap, sexual harassment, abuse of authority, etc. I would explain these problems some other time.

In general, foreign tourists tend to be biased by looking at the only good side of the country. Short-term stay and residing are not the same, staying for sightseeing and living due to work are completely different experiences. So you couldn’t truly understand the country unless you live and work there for more than a couple of years at least.